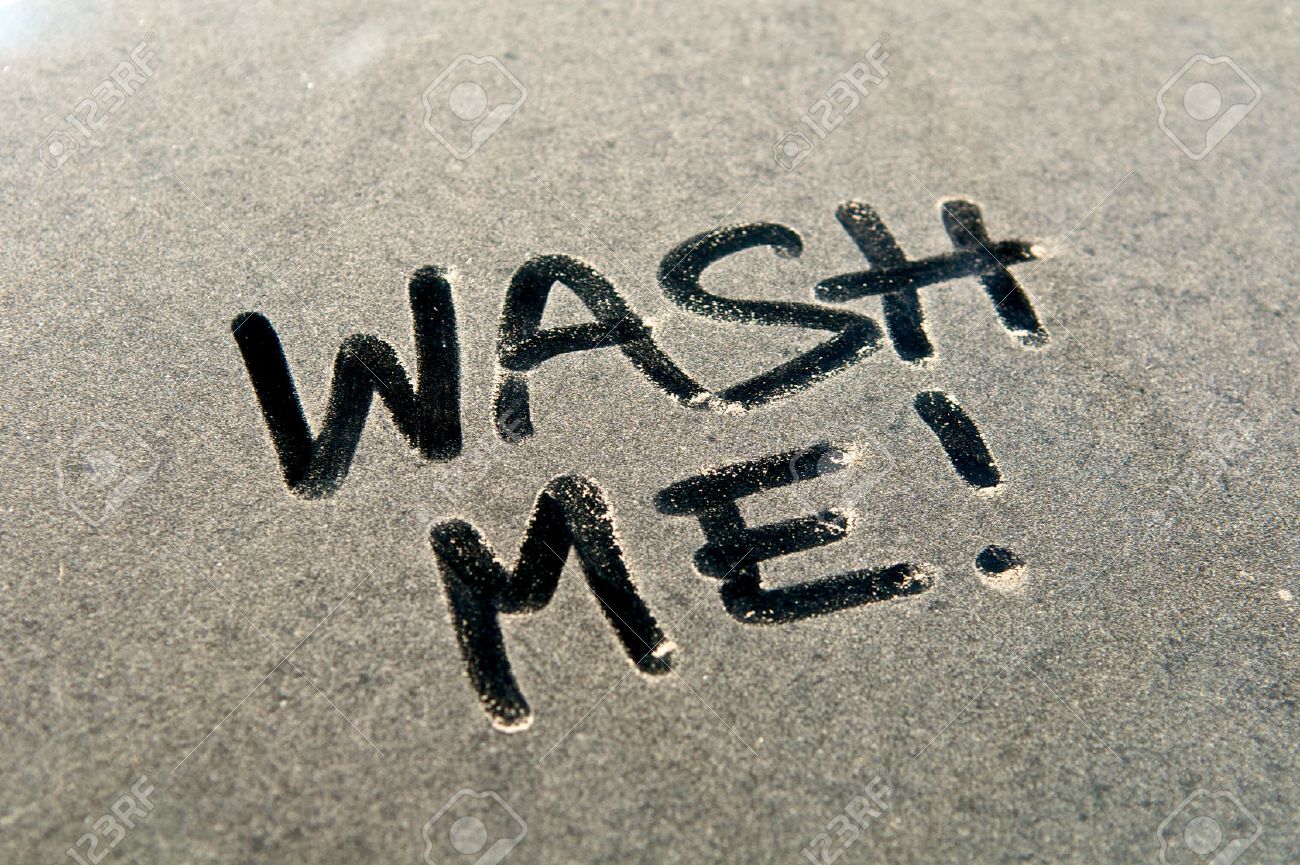 Look I haven't blogged in ~forever but now is as good a time as any to post something. As a PI trying to run a lab, teach effectively, raise a young adult, be a partner, have my own time not necessarily in this order, this has been a stressful few years. (#thankgodfortenure).

Regardless, its time to reset and recharge while in the midst of my heavy teaching load and just receiving news that not 1, but 2, fucking grants were 'not discussed'. But first I'll enjoy a couple of tasty malt beverages and then get back into the thick of it.

My goal now is to use this space for brief updates to ensure I keep writing.
The Lorax on Wednesday, October 16, 2019 1 comment:
Share

B High Deryni by Katherine Kurtz. Final of the trilogy. I like the antagonism between some leaders of the major religion (Christianity) and Deryni magic (I read as a proxy for science). Ending was abrupt, I didn't have a good reason to believe the war would actually be averted that easily.

F War and Peace by Leo Tolstoy. Basically the Kardashians for the media and audience of the late 1800s. Most of the book is essentially a 'lifestyles of the rich and famous' expose. I care little about the turmoil of the extremely well-to-do, which all stories from this period seem to revolve around. Battles were well described and the conditions of war better dealt with than many other attempts. The ending and a couple of chapters in the latter has were philosophical reflections on history, which were interesting albeit wordy.

C Red Dragon by Thomas Harris. Much like Lee Childs Jack Reacher stories, this was an easy fast read, good for relaxing.

B- Deryni Checkmate by Katherine Kurtz. Decent follow up to Deryni Rising although this is not a stand alone story rather a part I of II.

B+ Deryni Rising by Katherine Kurtz. I first read this book several decades ago, probably late middle school/early high school, and remember enjoying it a lot. Spent a fair bit of time trying to remember the titles or the author recently with no success, I knew they were written by a woman and happened to the three original books (of which Dernyi Rising is the first) on a shelf at a used book store. I snapped them up no question. A short novel introducing the world and main characters and telling a good story. One aspect I forgot is that the story basically occurs over a couple of days, reminding me that a good fantasy story does not have to be an epic quest covering months to years.

B+ The Rise and Fall of D.O.D.O. by Neil Stephenson and Nicole Galland. I tried reading Quicksilver but got bogged down, it wasn't 'quick', and gave up. This story kept me engrossed. A solid story, encompassing reality (as I understand it), magic, and time travel. Reminiscent of Stoker's Dracula in that the narrative is driven by letters, journal entries, emails, etc. Took a long time to embrace the plot, but the world building was compelling and worth it. Ending wide open, which I enjoy, but not saying I need a sequel (would likely read if there is one).

A Fascism: A Warning by Madeleine Albright. Excellent part-biography part warning call. While you can fell the presence of Trump throughout the book, he doesn't really make an appearance until the last chapter. Makes an important point that Trump is a symptom not the actual disease. Might be my book of the year, but The Three Body Problem still wins.


C+ Alice by Christina Henry. Alice and an asylum, what's not to like. Much of this book actually. An interesting take on a classic story. It builds a new universe, but there isn't enough there there to really understand the rules in my opinion. Doesn't quite reach American McGee in its craziness but seems to try. The ending was a surprise.

B The Shadow of What Was Lost by James Islington. I enjoyed this book when I read it, but much of it didn't stick with me. The ending was a whirlwind of action and gripping. The world building dragged a bit for me, but I say this in hindsight at the time I was right there. I have the second volume of the series but when I got it, I had to refresh my mind on the previous volume. Could be a personal issue, regardless I enjoyed this at the time and when I reminded myself what is was about.

B+ The Skaar Invasion by Terry Brooks. Good book, dialing up the Empire Strike Back vibe to 11. Pretty much the standard second installment of a Terry Brooks trilogy. However, there were enough differences and surprises (no spoilers) to bump this up. Brooks is one of my favorite fantasy writers and I admit much of this might be nostalgia, but I enjoyed this iteration of book 2 of 3 much more than probably any in the past two decades.

A Persepolis Rising by James S.A. Corey. Another enjoyable ride through the solar system and 'proximity' via stable 'worm holes'. The story is wrapping up with this and the next two books making Persepolis Rising the first in a classic trilogy. This book is distinct from the other books, which is something the duo writing under James S.A. Corey have done exceedingly well in previous iterations of the series. Raises the stakes and tension to eleven (Realize that this is the same series that basically destroyed the Earth a couple of books ago so that's saying something!).

D John Constantine, Hellblazer Vol 2: The Devil You Know by Jamie Delano and David Lloyd. Kind of a mix of stories with an overarching narrative in the latter part.

C  Giant of the Senate by Al Franken. Always solid in political satire or more aptly sarcasm, Franken does a solid job with this book. It is a pity he stepped down, but several chapters in the early middle, did not do much to help his case and were by no means humorous to read in light of his behavior.


A+  The Three Body Problem by Liu Cixin. This is one of the best science fiction books I've read in forever. At the time I read it, it was my choice for must read book of the year. Great narrative through time. The fact that it is written by an author from a different culture, Chinese, and translated into English and it's brilliant! Leaves an open ending that I think is the perfect way to end the book. Bought the sequel, but deep down I  wish there wasn't one.

C  Drawn Blades by Kelly McCullough. I like this series a lot, but this installment lacked some of the world and character building I enjoyed. Seemed more as an action adventure place holder in the ongoing story of Aral.

C  The Sandman, vol 8. Worlds' End by Neil Gaiman. I like the Sandman stories overall. This is a collection of short stories based on characters trapped/stuck in an otherworldly inn to wait out a storm. The characters tell stories to each other to pass the time. Sadly, I recall little of the actual stories at the time of this writing even though I enjoyed them when I read them, which means something....hence the C.

B+  How Not to Be Wrong: The Power of Mathematical Thinking by Jordan Ellenberg. Highly recommend this book to get a sense of mathematics with some history and personalities thrown in. Many parts are readily approachable, but there are numerous places where some solid math foundations are needed to follow the arguments.

C    Running Blind by Lee Child. If you have a few hours to kill and nothing better to do, this will get you through it. Extremely fast paced, which is good because you don't want to have a moment to think about the characters or logic.

B    The Sandman vol 7, Brief Lives by Neil Gaiman. A good story overall touching on aspects of life and death (although Death herself only makes minor appearances).

C+  On Writing Well by William Zinger. The first part was great, lots to incorporate into my writing and my classes. The second part was meh overall. The third part was a mix of the first and second parts.

A-   The Witchwood Crown by Tad Williams. Happy for a new installment of this series. Think the length of time between writing this book compared to the original series makes the writing fresh. Characters are wonderful, though I dislike the grandchildren and wonder if this is intentional on Williams part. There are suggestions throughout the book that something is afoot regarding the children.

21 books read this year. Worst number since my seizures knocked me down for a few months. Of these 21 11 were sci-fi/fantasy 2 were other fiction 3 were graphic novels 1 was a classics 4 were non-fiction.
The Lorax on Tuesday, January 01, 2019 No comments:
Share
‹
›
Home
View web version